We arrived at the airport, excited but prepared for a long night.

After checking in our lugage and also a bit of running in the wrong direction we managed to get to our gate. As we entered the plane from Quatar Airways we could almost hear the black gold flowing. Seats with nice covers, dimmed purple light and a crew that was trying to read any wish from your lips. As we entered the plane hungry the ambiente strengthened our hopes for some proper food. And we were not dissapointed: The penne and the strawberry-cheesecake were really good.

We ate, watched some movies and then tried to sleep a little. The pursuite of a good sleeping pose on a plane is without a doubt a perfect replacement for a Yoga lesson on-board.

In Qatar we had to switch plane, together it was about 15 hours of travel time till we arrived at our target airport. Our passports got a stamp and after some tough discussion we came to the point that we would not buy a washingmachine at the duty-free zone of colombo airport.

While searching for the right bus we understood that Sri Lanka was a place full of very crazy left-side traffic. Arriving in Colombo (The airport is actually closer to Negombo) we decided to take the bus instead of the more expensive Tuk-Tuks to get to our hostel.

Unfortunatly if you take a train at 18:00 the entire population of Colombo is on its way home. The train was so full, some poeple were only holding on to it on the outside. The U6 in Vienna is pure luxury compared to Colombo’s rush hour trains.

After checking in to our hostel we started a little trip to the beach, saw a lot of ghostcrabs and got ourselvses some icecream and some interesting spiced icetea 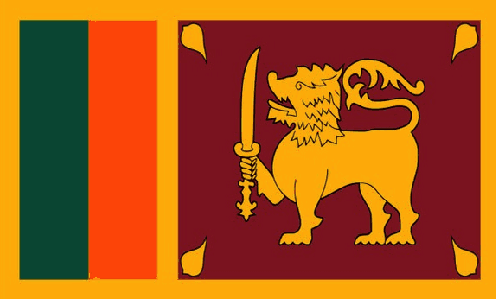